Packable, the parent company of top-ranking Amazon seller Pharmapacks, is laying off employees and ceasing operations, according to documents viewed by CNBC.

The health and beauty product retailer was at one point the largest seller on Amazon’s third-party marketplace.

Packable is liquidating after a failed effort to go public through a special purpose acquisition company. 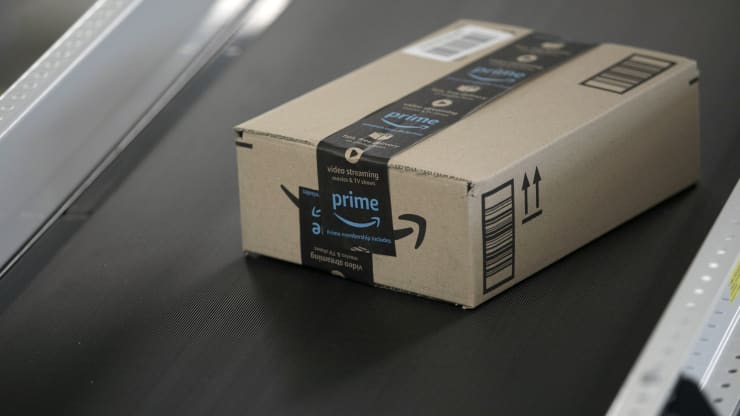 About a year ago, online retailer Packable was preparing to go public through a special purpose acquisition company. With the SPAC market having evaporated and the economy now sputtering, Packable is laying off staff and preparing to liquidate, according to internal documents reviewed by CNBC.

Packable is the parent company of Pharmapacks, an online seller of health, personal care and beauty products. Pharmapacks was founded in 2010 as a single brick-and-mortar pharmacy in the Bronx, New York, before it turned to the internet and established a big home on Amazon.

Last September, Pharmapacks was the No. 1 Amazon seller in the U.S., though it now ranks fifth among the site’s top sellers nationwide, according to research firm Marketplace Pulse.

Packable said in a notice to employees Monday that it was laying off 138 people, or roughly 20% of its staff, with the remaining 372 employees expected to be terminated as “individual winddown responsibilities are completed.” The memo was signed by Leanna Bautista, the company’s chief people officer.

Packable failed to secure new financing that would have enabled it to stay in business, the notice said.

“We diligently pursued internal and external financing options but were ultimately unsuccessful,” the company said. “Given the company has no viable financing alternatives, we are now forced to cease operations, liquidate any remaining collateral, and shut down the business, including the facility you report to.”

As of 2020, Amazon was by far Packable’s largest channel, accounting for 80% of sales, according to an investor presentation. Amazon’s third-party marketplace has become the centerpiece of its dominant e-commerce business, as it now accounts for more than half of online retail sales. Because of Amazon’s global reach and massive customer base, many retailers count on the company for the majority, and in some cases the entirety, of their business.

Packable’s last year has been fraught with turbulence. After announcing in September plans to merge with a SPAC — Highland Transcend Partners I Corp. — in a deal that valued the company at $1.55 billion, the market started to turn and investors lost their appetite for SPACs.

In March, Packable called off the deal to take the company public, citing “unfavorable market conditions,” just days before Highland Transcend’s shareholders were scheduled to meet. Packable CEO Andrew Vagenas quietly resigned in April, and was succeeded by Daniel Myers, according to the company’s website. Myers, a former supply chain executive at Mondelez, was named to Packable’s board last year. Vagenas still sits on the company’s board, according to his LinkedIn.

Not a single SPAC was issued in July as what remained of the market dried up completely, according to CNBC calculations of SPAC Research data. A boom in 2020 and 2021 created more than 600 SPACs hunting for targets.

For Packable, the disappearance of capital represented a dramatic turn for a business that boomed after the onset of the Covid-19 pandemic. With consumers stuck at home, online spending surged, and investors poured into the space.

Revenue slowed last year from double-digit growth in 2020 as the company struggled to navigate supply-chain constraints, which “resulted in significant inventory out of stock, purchase order delays, and delays in onboarding new customers,” according to an investor presentation.

However, the business was still able to grow some through the early part of 2022. In February, Packable said its average daily revenue in January increased to an estimated $1.6 million from $1.5 million in the fourth quarter of 2021.

Representatives from Packable didn’t immediately respond to a request for comment.