Meta is at the bottom of the S&P, trailing Align Technology, Generac Holdings, SVB Financial Group and Match Group.

Meta shares are down roughly 73% over the past year.

Investors appear concerned about Meta’s expensive bet on the metaverse. 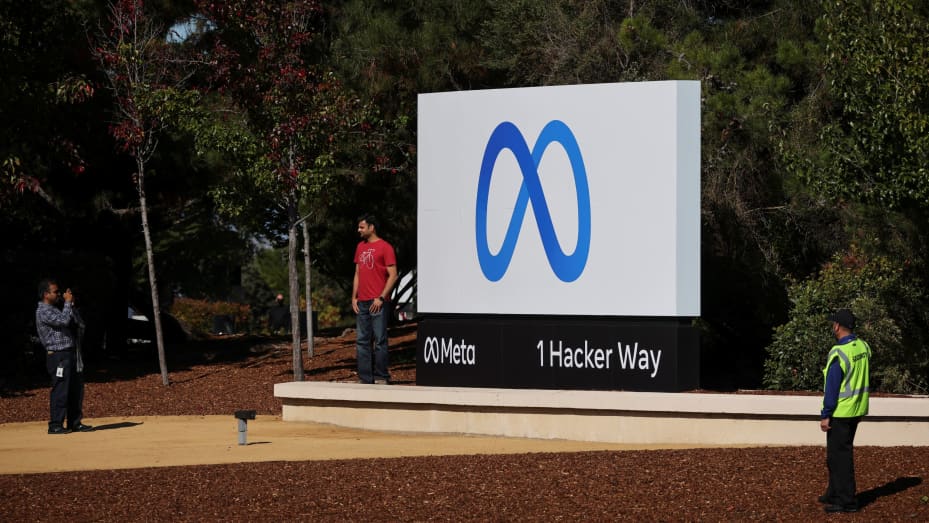 A man poses in front of a sign of Meta, the new name for the company formerly known as Facebook, at its headquarters in Menlo Park, California, October 28, 2021.

With Meta shares sinking to new lows, the social media giant is now the worst performer in the S&P 500 this year as of Thursday.

Meta shares are down roughly 73% over the past year and are performing more poorly than Align Technology, Generac Holdings, SVB Financial Group and Match Group — all companies that comprise the bottom tier of the stock market index.

The Facebook-parent has been dealing with a bevy of challenges that have spooked investors and sent its shares tumbling.

In October, for instance, Meta reported its second straight quarterly sales drop and issued weak fourth-quarter guidance that was below analyst’s expectations. Meta attributed the revenue decline to a host of problems, including a looming recession that has caused businesses to pull back on advertising spend and the lingering effects of Apple’s 2021 iOS privacy update that’s made it more difficult for the company to track users across the Internet. 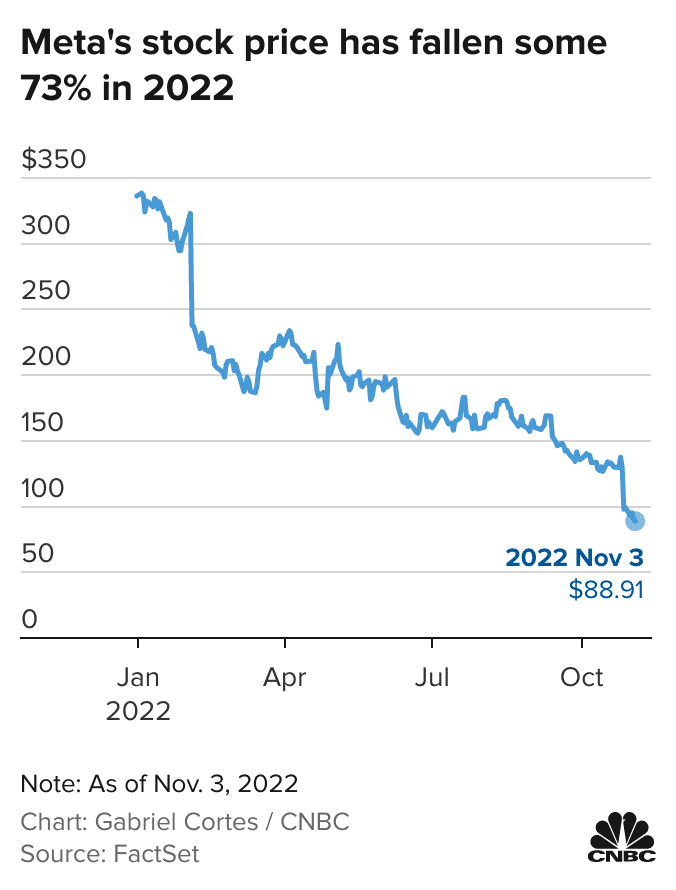 Investors also appear to be concerned about Meta’s expensive foray building the metaverse, the digital world that people can access using virtual reality and augmented reality headsets. Meta is betting that the metaverse will represent the next frontier for computing, and if the company gets a head start developing the technologies underpinning the concept, it will cement its status as a leader in the space.

But building the metaverse doesn’t come cheap with Meta’s Reality Labs business unit, which is overseeing its VR and AR initiatives, losing $9.4 billion thus far in 2022. The company said those losses “will grow significantly year-over-year.”

“Beyond 2023, we expect to pace Reality Labs investments such that we can achieve our goal of growing overall company operating income in the long run,” Meta said in October.